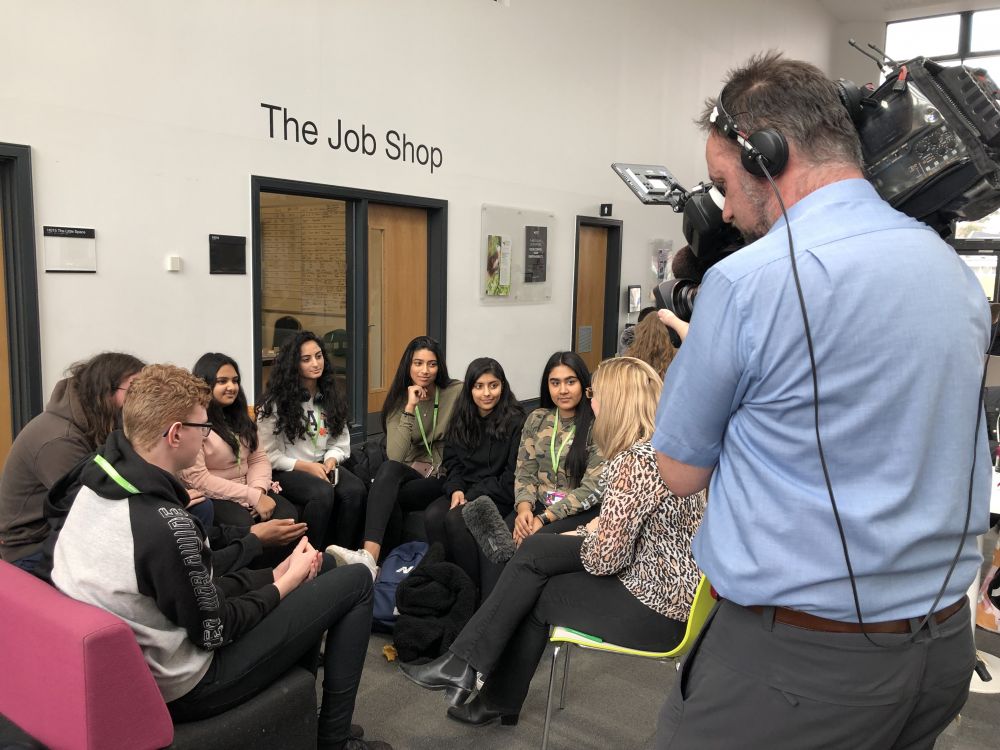 On the day it launches a brand new national service, the BBC has been hearing from Loughborough College students about what is most important to them in the area they live.

BBC TV arrived at the College to talk to Sixth formers who were amongst the first to try an online preference calculator aimed at under 26s which rates places across England, Wales and Scotland.

The calculator is part of Radio 1 Newsbeat’s Know Your Place project and offers users the chance to see how an area compares, using data from 378 local authorities. The11 featured measures were selected after polling British 16-24 year olds.