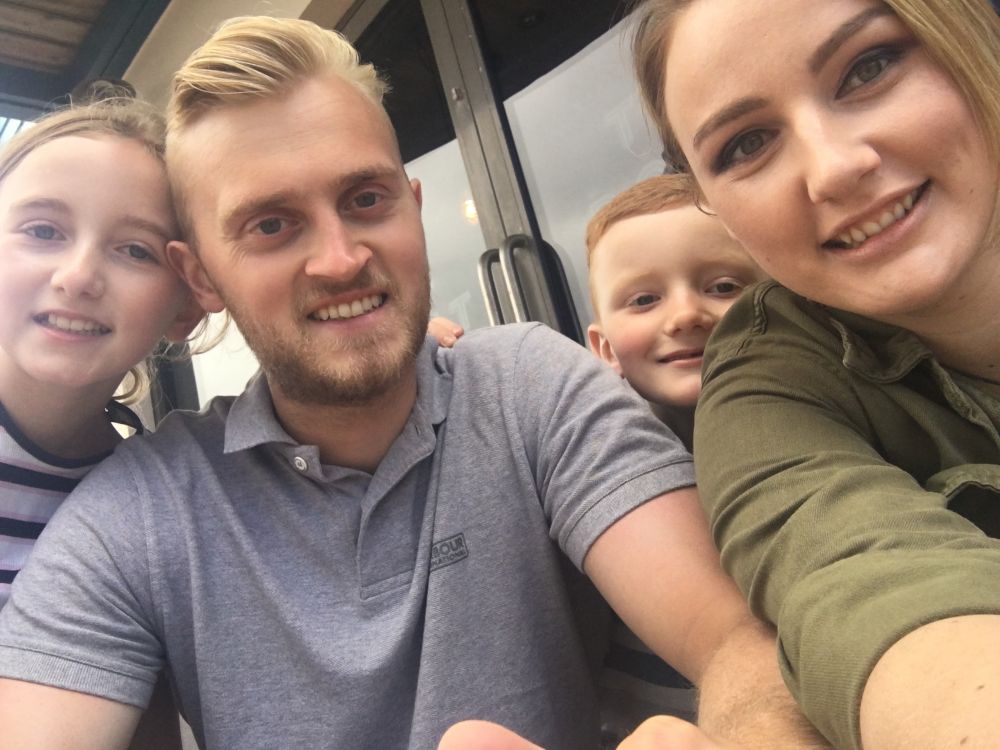 An ambitious mum battled a life-changing illness to achieve a business degree from Loughborough College and is now set to launch her own coaching company.

Kim Allen, 30, of Loughborough, graduated with a 2:1 BA (Hons) Degree in Leadership and Management despite being struck down with Lupus just two months after enrolling.

The life-changing illness hit Kim’s ability to attend classes and function. At one point, she submitted four assignments from her hospital bed.

The mum of two children, Brooke, 11, and Warren, eight, said: “Being diagnosed with Systemic Lupus Erythematosus was hugely difficult to manage, and had a detrimental impact on my physical and mental abilities, ability to attend, and really limited what I could do day-to-day.

“In my second year I submitted four of my end of year assignments from my hospital bed after complications of the illness had been affecting my heart.”

But her determination to succeed and the support she received from College inspired her and she fought to complete her work and graduate with her classmates at a special ceremony at Loughborough Town Hall.

Kim left school at the age of 16 and worked in the childcare sector where she worked her way up the ranks to become a trainer. But it wasn’t enough for the ambitious mum.

“I had peaked in my career within the childcare sector, and wanted further progression. Business Management seemed like an appropriate step for me as it was a challenging subject and offered a great opportunity,” she said.

After completing her degree, she now plans to set up her own coaching company so she can “achieve financial freedom” for herself and her family - and help others do the same.

Kim added: “It will hopefully launch in mid-2022, in which I hope to help others to achieve their dreams in business and in life, with a spin-off charity planned to help teenagers to achieve the same, early on, with fully funded coaching. This may seem ambitious to some, but my College tutor enabled me to remove my self-inflicted limitations and dream big, work hard, and truly make things happen!”

In addition, Kim has launched her own property firm called RBK Property Group which aims to help homeowners, landlords and investors to create and maintain passive income streams. She is also company secretary for her partner’s tree surgery company, Broadleaf Midlands Tree Company.

She says she wouldn’t have been able to do any of it without the support and encouragement of her tutors at Loughborough College.

“The quality of teaching at Loughborough College was unparalleled. The passion, knowledge and delivery of all subjects was second to none, and the support that I received during my journey, was one of the main factors in my successes,” she said.

“All of the teachers were fantastic and gave 110% to every session! In particular, I wouldn't have managed to achieve what I did without the support of Iqbal Ullah. He made me realise early on that if I applied myself, then there was nothing that I couldn't do.”

“Their knowledge and teachings were engaging and inspiring and their support was just as impactful.”

Kim said her highlight was competing in the Young Enterprise awards where she and her team reached the regional finals and won an award for Innovation.

Iqbal Ullah, who leads the business management degree course at Loughborough College, said: “Kim, from the first day of induction, demonstrated how engaged she was and how much she wanted to learn by asking all the right questions and engaging in all the activities we had put on.

“This was followed by a strong start with her assessed work which she maintained throughout her studies despite some very challenging issues with personal health.”

Chris Cockerton, Dean of Higher Education at Loughborough College, said: “Kim’s story is so inspirational. To submit a consistently high quality of work despite her personal medical challenges is a real testament to her determination and ambition. We’re extremely proud of Kim and wish her every success in her new ventures.”