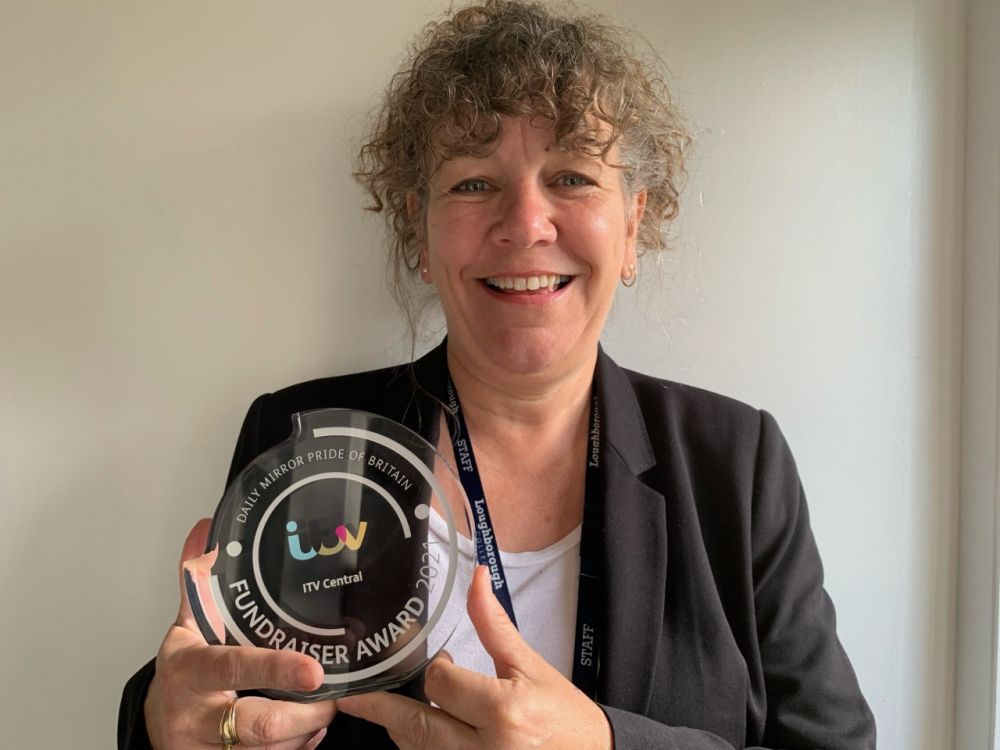 A Loughborough College lecturer has reached the final of the Pride of Britain Awards after winning the regional prize for raising crucial cash to support people undergoing chemotherapy.

Restaurant lecturer Sally Anderson, from Kibworth Beauchamp, won the Pride of Britain East Midlands Fundraising Award in recognition of raising more than £275,000 for the cancer charity she founded, GEMS.

GEMS has raised and donated the cash over the last 10 years to improve cancer care facilities at the Leicester Royal Infirmary and was named in tribute to four of Sally’s close friends who she supported through cancer treatment.

Three of them sadly passed away but Sally was so struck by the lack of comfortable facilities for chemotherapy patients at the hospital that she decided to do something about it.

Sally said: “I feel very flattered and humbled to have won the award. Fundraising for GEMS is not just down to me. We all work voluntarily - my family, friends, trustees and volunteers – and work very hard. I couldn’t do it without them.

“We also couldn’t achieve what we do without everyone who supports GEMS - so this award is for everyone involved with GEMS. I am so pleased the award will raise the profile of the charity.”

Sally said she is excited about attending the star-studded final in London which will be held on 30th October but is more focused on continuing fundraising for GEMS’ next project – a £500,000 extension to the chemotherapy suite at the Leicester Royal.

“Our current project is to convert a balcony at the hospital into a conservatory space to hold six to eight new treatment chairs,” she added.

“This will enable more patients to receive their chemotherapy treatment and cut the waiting time for them. We are also redecorating the current treatment room. This is the largest project we have ever taken on!”

Jo Maher, Principal & CEO at Loughborough College, said: “We’re so proud of Sally and thrilled that she has been recognised for everything she has achieved with GEMS and for the Leicester Royal Infirmary. Her selflessness and commitment to helping people who are undergoing treatment for cancer is truly remarkable and we wish her the best of luck for the final.”

Money raised by GEMS so far has helped refurbish the day rooms where patients get their treatment, and helped install a café. She's also revamped disused balconies to make them a calming, welcoming space.

Find out more and donate to GEMS here: https://www.gemscharity.com/

College team volunteers to help homeless in Charnwood
Staff and students raise more than £1,300 for Children in Need
Trainee barbers style it out in a masterclass with Kenchi Blade
College team gives free haircuts to help homeless
Hundreds mark Remembrance Day on campus